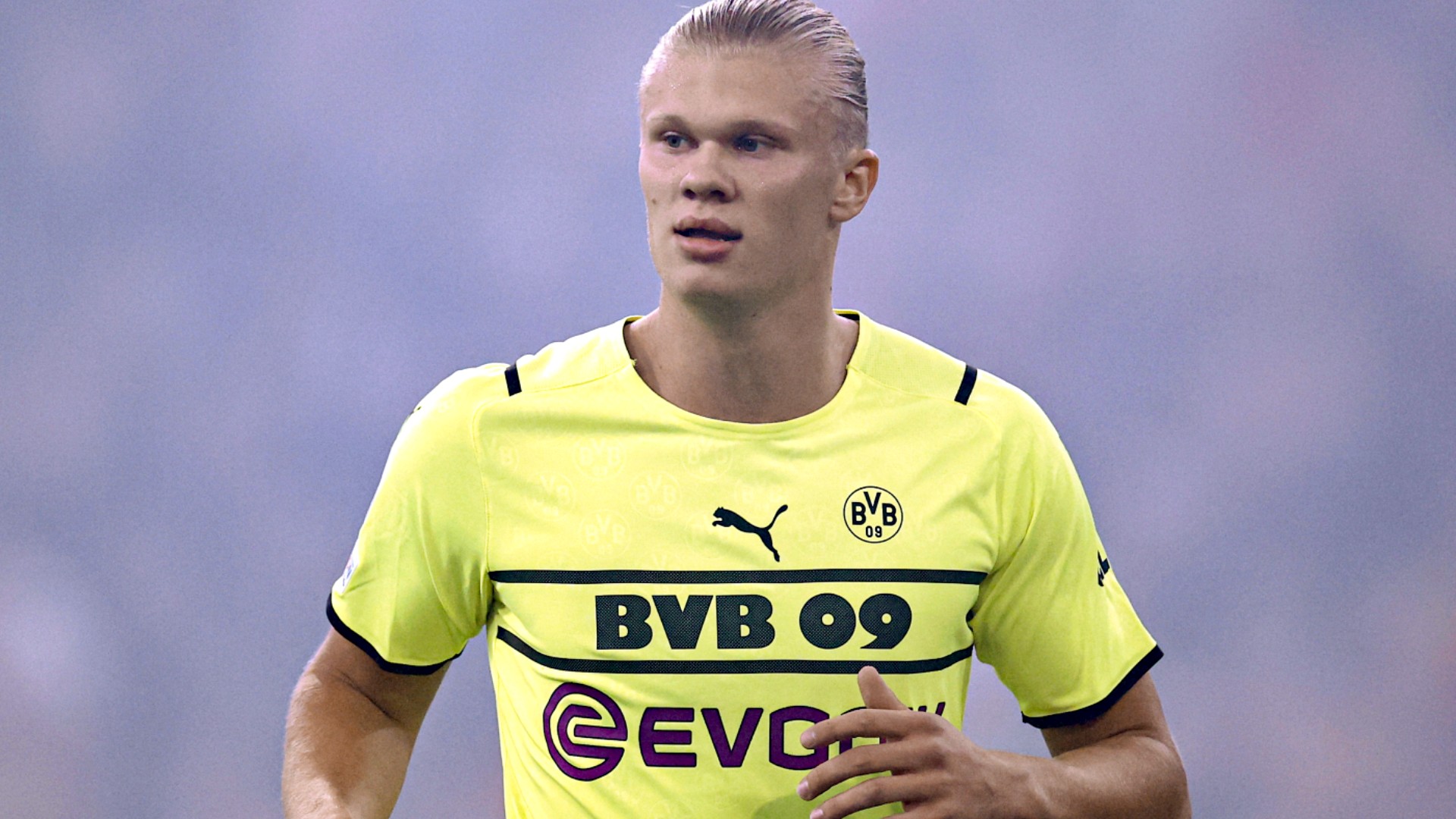 Everyone needs Haaland too, but no one more than Borussia Dortmund.

This season he has missed three games through injury and Dortmund have been eliminated in his absence with his exit from the group stage confirmed by a 3-1 humiliation against Sporting CP in Lisbon.

Haaland’s hip problem was to put him on the sidelines for the remainder of the year, but the self-proclaimed machine returned almost two months earlier to score his 50th Bundesliga goal in their 50th Bundesliga game against Wolfsburg in of the 13th day, becoming the youngest and fastest player to achieve this feat.

“He showed a lot of willpower and worked really hard in rehab to be back,” Dortmund first team football manager Sebastian Kehl told Kicker. “He gave himself a very good feeling and confidence with this performance.

“He makes us better in many areas of the game. To challenge Bayern at the highest level, we need him.

“The last few days we have all felt that he really wanted to help the team after the game against Sporting. You have to weigh that in order not to take too big a risk.

“But the sessions before the Wolfsburg game were so good that the player, coaches, medics and physiotherapists made a joint decision that he could play. After next week in training he will be even more advanced physically. . “

With Dortmund out of the Champions League, they now face the biggest game of their season on Matchday 14 on December 4, and there was no way Haaland could miss such an important Klassiker.

Beat Bayern Munich at home and Dortmund will lead the Bundesliga. Lose, and they offer the Bavarians the opportunity to take one step closer to 10 league titles in a row.

Domestic competition is likely to be hugely important in convincing Haaland to stay at Dortmund, especially with no Champions League football to look forward to for at least nine months.

The 21-year-old has an announced release clause allowing him to leave the club next summer for $ 84million, but BVB bosses are eager to keep their star player beyond 2022.

That said, they could be forgiven for taking advantage of the Norway international in January if it became clear that a lack of Champions League football in the new year was going to be a problem for Haaland.

Which teams could make Haaland’s move a success?

The ex-Salzburg star is garnering a lot of interest, but the transfer fees and additional expenses may deter many clubs, especially since he will come back a lot cheaper in six months.

Real Madrid are Haaland’s favorite destination next summer, but any potential transfer to Los Blancos depends on what’s going on with Paris Saint-Germain superstar Kylian Mbappe.

Manchester City need a striker too, and Haaland is seen as the perfect signing after the Premier League champions end their interest in Harry Kane. However, City have great concerns about the cost of the move, with agent Mino Raiola ready to demand a large payment for any move, while Haaland are said to demand a salary befitting one of the best players in the world.

Reports in Spain indicate that Raiola would want $ 46 million for any transfer, while Haaland’s father Alf-Inge could also demand as much as $ 23 million, which means that with the release clause of 84 million dollars, Haaland would cost at least $ 153 million before the salaries were even taken. in consideration.

Longer term, Raiola’s influence is of concern as well, as any future contract negotiations would also require another lump sum for the agent, as well as a salary increase for the player.

The financial demands could be a blessing in disguise for Dortmund, with most clubs to be excluded from their star man’s move.

Kehl insists they will do anything to keep Haaland, who is under contract at Signal Iduna Park until 2024. One of their plans is to double Haaland’s salary and make him the club’s top employee. , by removing the 2022 release clause in the process.

“Of course we try to give him the feeling that Borussia Dortmund continue to be a top place for him and that he can still develop here,” Kehl told Bild. “Maybe we can still convince him. We will fight for him. We will try everything. The decision is not made yet, but I would bet 100 euros [on him staying]. “

Dortmund CEO Hans-Joachim Watzke has been even more forceful in insisting that Haaland is not for sale.

“It has not yet been decided whether he will really leave this summer,” Watzke told Sport1.

MORE: Is Dembele’s chance to shine at Barcelona under Xavi?

“We’re just going to take a look. I heard someone say, ‘They have to sell Haaland because they’re listed on the stock exchange.’ The decision to sell someone in our business is made by management and only by management.

“The ball is in Erling’s court. I get along well with Mino Raiola because we can assess each other well. I know what drives him. It is not fair to believe that Raiola is all about the money. . is the best for Erling. “

Only Haaland will know what is best for Erling, but if Dortmund are to convince him that staying must be his priority, the club must start by beating Bayern and prove they are capable of competing at the top in Germany.