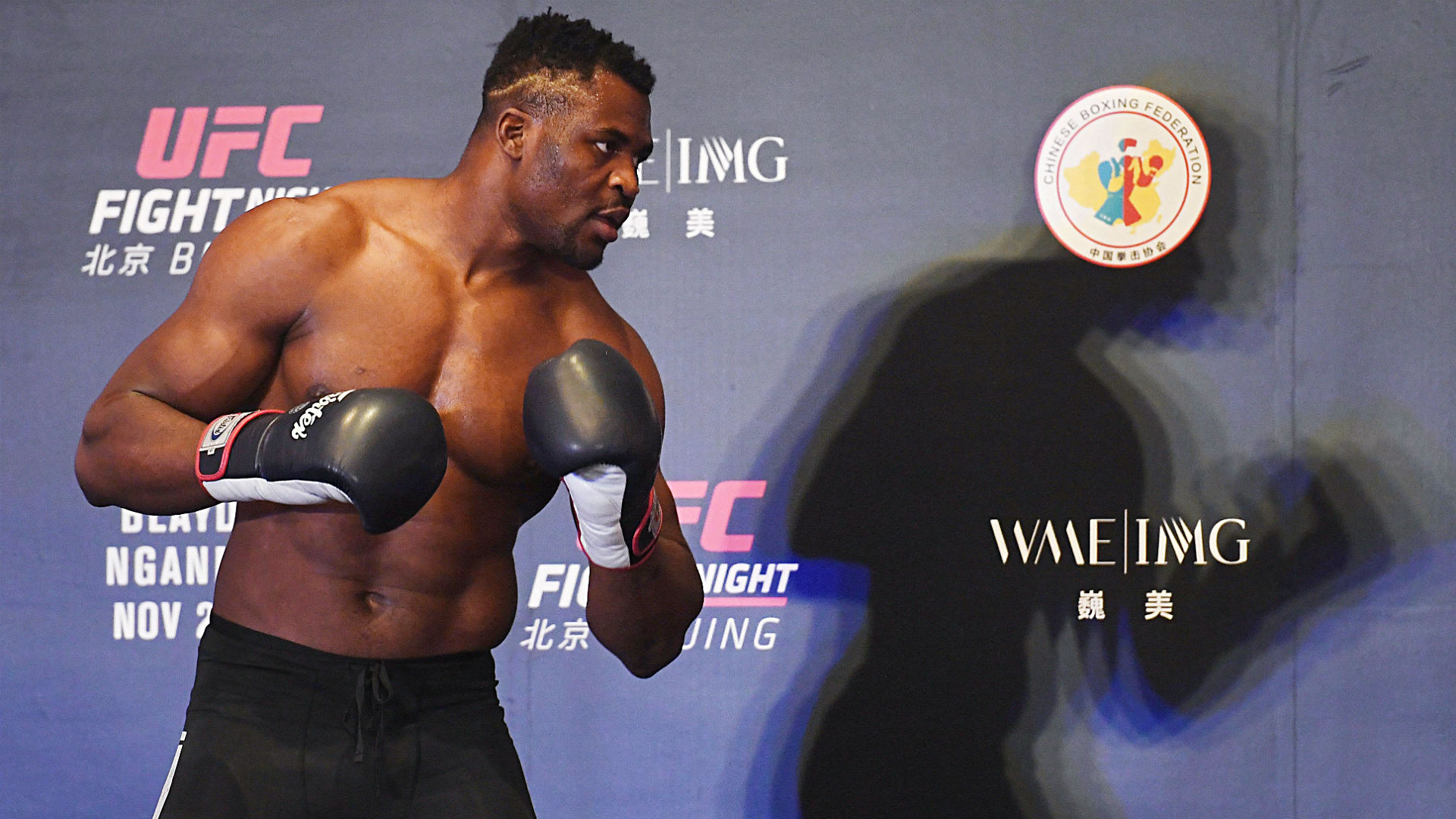 So how would Ngannou, a powerful puncher, fare in the world of boxing?

Former coach Fernand Lopez, who has been embroiled in a bitter rivalry with Ngannou since the latter left MMA Factory, has given his thoughts on Ngannou’s interest in being a two-way combat sports star.

While Ngannou showed an interest in boxing when he was younger, he did not step into a ring. This decision may make sense to some extent, but Lopez believes that Ngannou’s inexperience would cost him dearly.

“I think the fight makes sense to Francis because he thinks he can take it,” Lopez said, via Betway Insider. “It would take at least three years for Francis Ngannou to be boxing competitive with Tyson Fury, and I mean three years dedicated to boxing alone. I’m not sure Francis can ever challenge Tyson Fury’s stamina or endurance. All he can do is have high defense; be elusive, close the footwork, change direction.

“In reality, he should stop everything and probably do nothing else for three years, just boxing. No grappling hook, nothing else. The way his body and muscles are built will not allow him to continue. punching after the third round.… I don’t see how he can win the game, it’s an opportunity for him to take it.

Ngannou started boxing at 22 and at 26 he wanted a career there. In Paris, he met Lopez, who pushed him to join the world of MMA. From 2013 to 2018, Ngannou was a member of MMA Factory, easily eliminating his opponents. He joined the UFC in 2015 and won six in a row, but lost to Stipe Miocic for the UFC heavyweight title in January 2018. He left MMA Factory for Xtreme Couture and since November 2018, has won five in a row, including the UFC heavyweight. title in March.

Fury (31-0-1) has boxed professionally since 2008 and has been competing since around 2006. The Linear Champion won the gold medal at the 2008 English National Championships. The “Gypsy King” defeated Deontay Wilder in 2020 for win the WBC heavyweight title and earned around $ 54 million in 2021. Outside of Lopez, Ngannou has had a stalemate with the UFC over his contract. A potential fight with Jon Jones has been dropped on the basis of money, and Ngannou, 35, is looking to find the best deal for him, especially as a champion. Lopez believes the amount of money he can make would be depleted with a stint in boxing, along with the years of skills he would need to learn to get into a ring.

“I’m not sure if you’re a UFC fighter it’s worth giving up and having three years of regular boxing training – how would you live your life, what would your income be ? And after three years you might be competitive enough to stay there and keep punching, ”Lopez said.

“We don’t expect anything brilliant, Francis is not a boxer. You train a lot to become a boxer. Boxing needs dedication, boxing needs sacrifice, you need years and years to train. So we know the outcome of this fight. The question is how much Francis Ngannou can make a lot of money, because he only has one shot. Objectively speaking, he cannot consider a career in boxing as his boxing skills will not be enough for him to become a boxer. “

Ngannou and Lopez have been feuding since the fighter left MMA Factory. Part of the reason is that Ngannou thinks Lopez wanted the spotlight on him, which made Lopez question his abilities. Another factor is the fight footage of Ngannou and Gane which the former claims were shared to make him look bad.

Ngannou will face a former teammate in Gane inside the Honda Center in Anaheim, California. This is the last fight in his current contract with the UFC. Could talks about a Fury fight as well as contract disputes be a distraction leading up to the title fight? According to Lopez, a lot is at stake for Ngannou ahead of the fight.

“Francis Ngannou wants to move on to boxing, but that can only happen if he is the champion,” Lopez said. “If he leaves the UFC and he’s not the champion, whatever company he wants to go to, it won’t look like good. We have to keep that in mind.