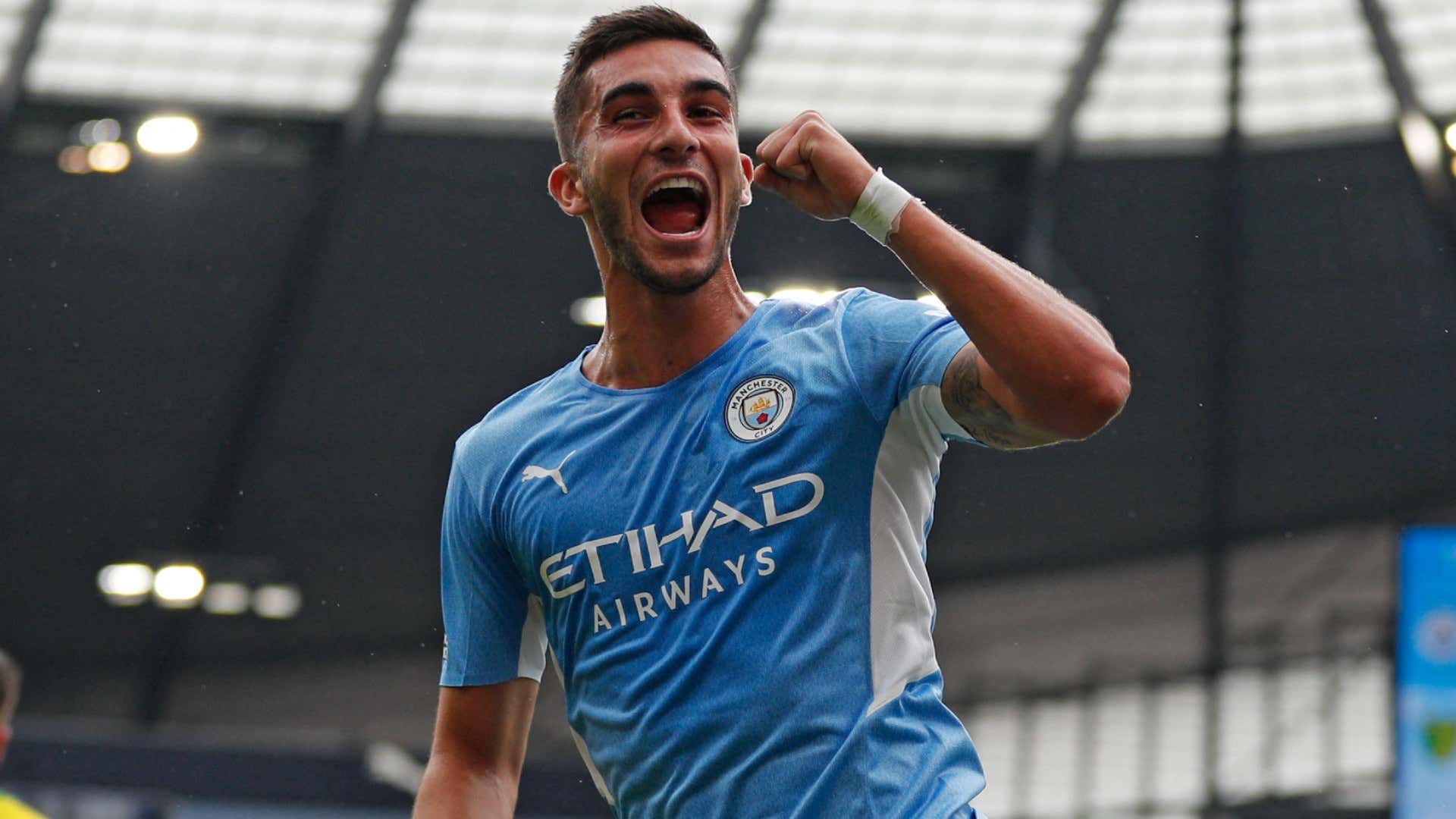 It makes perfect sense that Spanish giants Barcelona are interested in Ferran Torres.

After all, the Manchester City forward has just been voted Spain’s national team player of the year after 12 months in which he scored eight goals in 15 appearances for La Roja.

The 21-year-old is also an extremely important figure for the future of Spanish football, as coach Luis Enrique rebuilds his squad with a new generation of players – many, like Pedri, Ansu Fati, Gavi and Eric Garcia, who carry on their business at Camp Nou.

So it’s no surprise that one of Spain’s three biggest clubs is interested in signing a player like Torres.

“Ferran is a great player, like the others. We work with discretion to seek out the best for the club. Barca vice-president Rafa Yuste told Movistar More after Blaugrana CEO Ferran Reverter traveled to Manchester to open talks with City – something Yuste denies.

“We just have friends in City, there is a very good relationship and Reverter paid a courtesy call.”

It would also be understandable if, as sources confirmed to GOAL, Torres could be tempted by the opportunity to return to La Liga and play a role in the Xavi revolution at Barcelona.

After a little more than a season in the Premier League, the ex-star of Valencia is still looking to become a regular on the side of Pep Guardiola, with a starting place much safer on the international scene than in his club.

MORE: Can Sterling Be A Solution To Man City’s Goal Problem?

It is still only in the early days of Xavi’s regime in Catalonia, but the gloom of Camp Nou has been lifted since his arrival in the dugout, making Barça again a tempting prospect, even if they are in great danger of missing the knockout stages of the Champions League.

Persuading Torres and Barcelona that the deal is worth it is, however, only the easier part. Now comes the difficult part of the answer to the question of how a club with no money and huge debts can buy a player whose value continues to rise and who has the potential to be one of football’s top performers. European over the next decade.

“It’s none of my business,” Guardiola said Tuesday ahead of City’s clash with Aston Villa, refusing to rely on speculation.

” You must call [director of football] Txiki [Begiristain] for that, or Ferran Torres’ agent, or Barcelona, ​​but I’m not the type to talk about it.

Torres, who won’t be 22 until February, has more than three and a half years left on the City contract he signed after joining the club for an initial fee of £ 21million ($ 27million) in August 2020.

It seemed like a bargain price at the time as Valencia were forced to sell their local crown jewel on the cheap amid financial woes failing to qualify for the Champions League.

Torres’ value has grown significantly since then, with a man who played most of his football debut as a winger honing his scoring instinct by working regularly under Guardiola which in turn could see him grow into the l poster of Spanish football in the future.

So City would want full value for Torres, with the Premier League champions having no real urgency to sell and plenty of reasons to keep Torres, at least until the January window.

After failing to sign a forward this summer and with Gabriel Jesus now preferring to play wide, Torres is the only senior member of City’s squad who is most comfortable playing as a number nine.

It was in this role that he made his seven appearances for the club this season, scoring three goals and recording two assists previously. a metatarsal injury ruled him out of action in mid-October.

Torres has recently ramped up his recovery, and it is hoped he can be back earlier than expected and in the squad before a busy Christmas schedule.

Winter will be a testing period for City’s attack, especially with Riyad Mahrez who will be absent for much of January at the Africa Cup of Nations with Algeria.

Guardiola has already spoken about the lack of players and Torres’ return would give him a major boost.

“I have a lot of confidence in the team and other players are coming in, but we have big problems for December – the most difficult month of the year – because we have few, few players,” said he declared.

The January window has traditionally not been the time for City to take action, although a significant windfall could help fund a potential bid for this missing star striker.

However, Barca’s financial woes remain a major sticking point in any ongoing deal, and sources in Spain have confirmed they will still have to sell this winter before they can buy.

A little over 12 months ago, Barca found themselves in a similar situation when they wanted to sign Garcia from City, but couldn’t raise the money to buy him despite accepting personal conditions and the player’s desperate desire to leave.

City then showed they were prepared to forgo the deals rather than being held hostage, even in circumstances such as Garcia’s when he ended up leaving for nothing at the end of the season.

Barca are hoping things can be different this time around and hope to get rid of a number of high-paid fringe players, such as Philippe Coutinho and Samuel Umtiti, while Former City striker Sergio Aguero’s future remains uncertain after heart attack that could force him to retire.

And so, while there may be a desire to strike a deal on the part of some of the key people involved, the reality is that it seems difficult to get over right now.