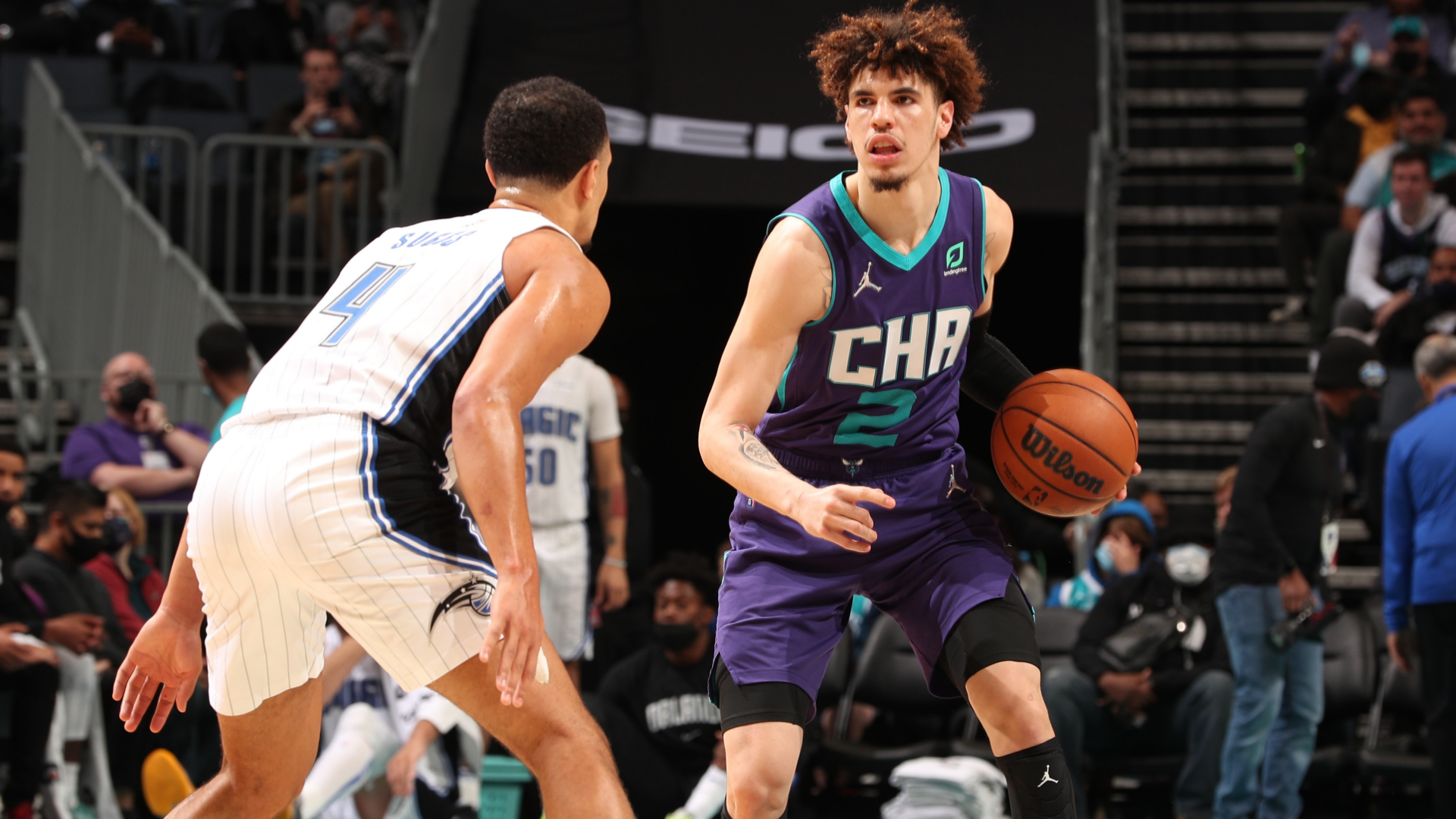 NBA All-Star voting season is upon us!

With the announcement of NBA All-Star voting on Christmas Day, fans now have the opportunity to select which players they believe should start the 2022 NBA All-Star Game to be held in Cleveland, Ohio. When potential All-Stars deliver vote-worthy performances, we’ll be sure to bring it to your attention with our “NBA All-Star Moment of the Night” series to highlight these deserving players.

You can vote for your 2022 NBA All-Stars here, or find several other ways to vote here.

Even though the Charlotte Hornets lost the game to the Orlando Magic, LaMelo Ball provided some “wow” highlights that deserved to be selected as our All-Star Moment of the Night.

Ball and Hornets teammate Miles Bridges have been fun to watch this season as they look to cement their first playoff spot since the 2015-16 season.

Ball dove deep into his bag and showed off his full repertoire of moves against the Magic. He showed shrewd ball-handling skills and movement dexterity to put the Magic defender into a spinning cycle with that move ending in a soft float for the bucket.

The connection between Ball and Mason Plumlee on this piece below was crazy. (Also notice where Plumlee’s hands are when he catches the ball!)

And then, to top it all off, LaMelo must have forgotten he was playing in a regular season game when he decided to present a star-worthy pass between the legs to Miles Bridges for the slam.

This highlight adds to what has been a coming-of-age season for Ball, who played with a poise that belies his age. He finished the game with a team-high 23 points, with eight assists, four rebounds, and three steals. The sophomore continues to build on what will likely be a potential All-Star campaign this season.

Ball is averaging 19.3 points, 7.6 assists and 7.3 rebounds per game, numbers worthy of an All-Star selection.

You can vote LaMelo Ball for the 2022 NBA All-Star Game here.