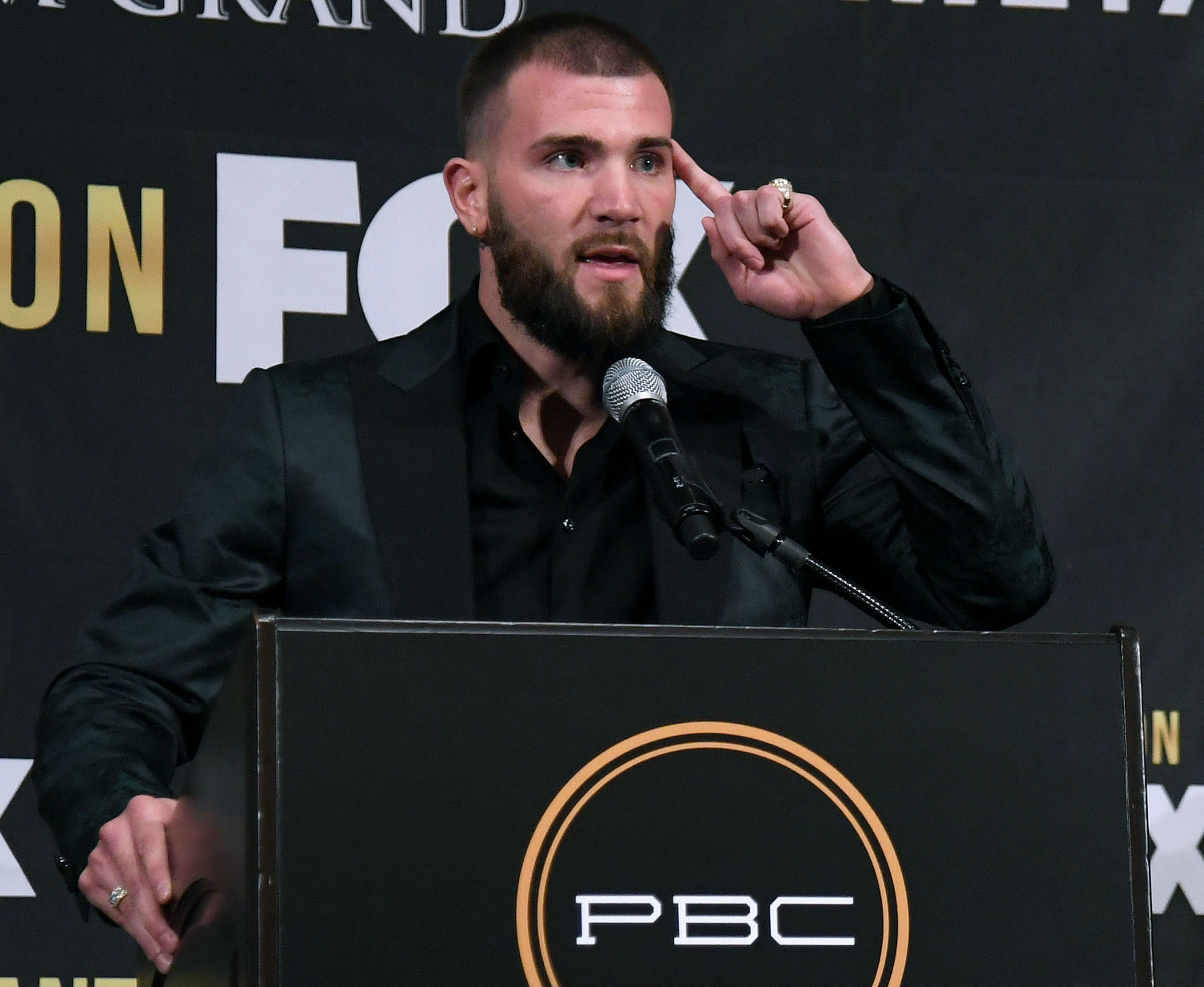 After losing his IBF super middleweight title, Caleb Plant is looking to get back to action in a big way. “Sweathands” has his eyes on WBC middleweight champion Jermall Charlo.

Plant, who seems extremely confident, decided to challenge Charlo on social media. The two recently embarked on a war of words on Twitter, and Plant has decided not to beat around the bush when it comes to his intentions.

“You’ve been indirect @FutureOfBoxing, so I’ll be direct. We can find out by the end of the year. UR EZ WORK.

Plant made his professional debut in 2014. He beat Jose Uzcategui in 2019 to become IBF super middleweight champion and has defended the title three times. Everyone was against the proxies, and Plant wanted to prove he could fight the elite. He would face Canelo Alvarez in November, losing via TKO. Following Plant’s loss, Canelo became the undisputed super middleweight champion in just 11 months.

Another option for Plant could be David Benavidez, the former WBC super middleweight champion. Benavidez and Plant have challenged each other for years, even trying to get a match booked. The 25-year-old, who was stripped of the super middleweight title due to drug suspensions and weight issues, last fought in November, defeating Kyrone Davis via TKO.

There are other names interested in fighting Charlo. Demetrius Andrade, the WBO middleweight champion, has been asking to face Charlo for some time. Canelo also plans to fight Charlo, but has an interest in competing for the cruiserweight and light heavyweight titles as well.

Plant and Charlo are both signed with Premier Boxing Champions.