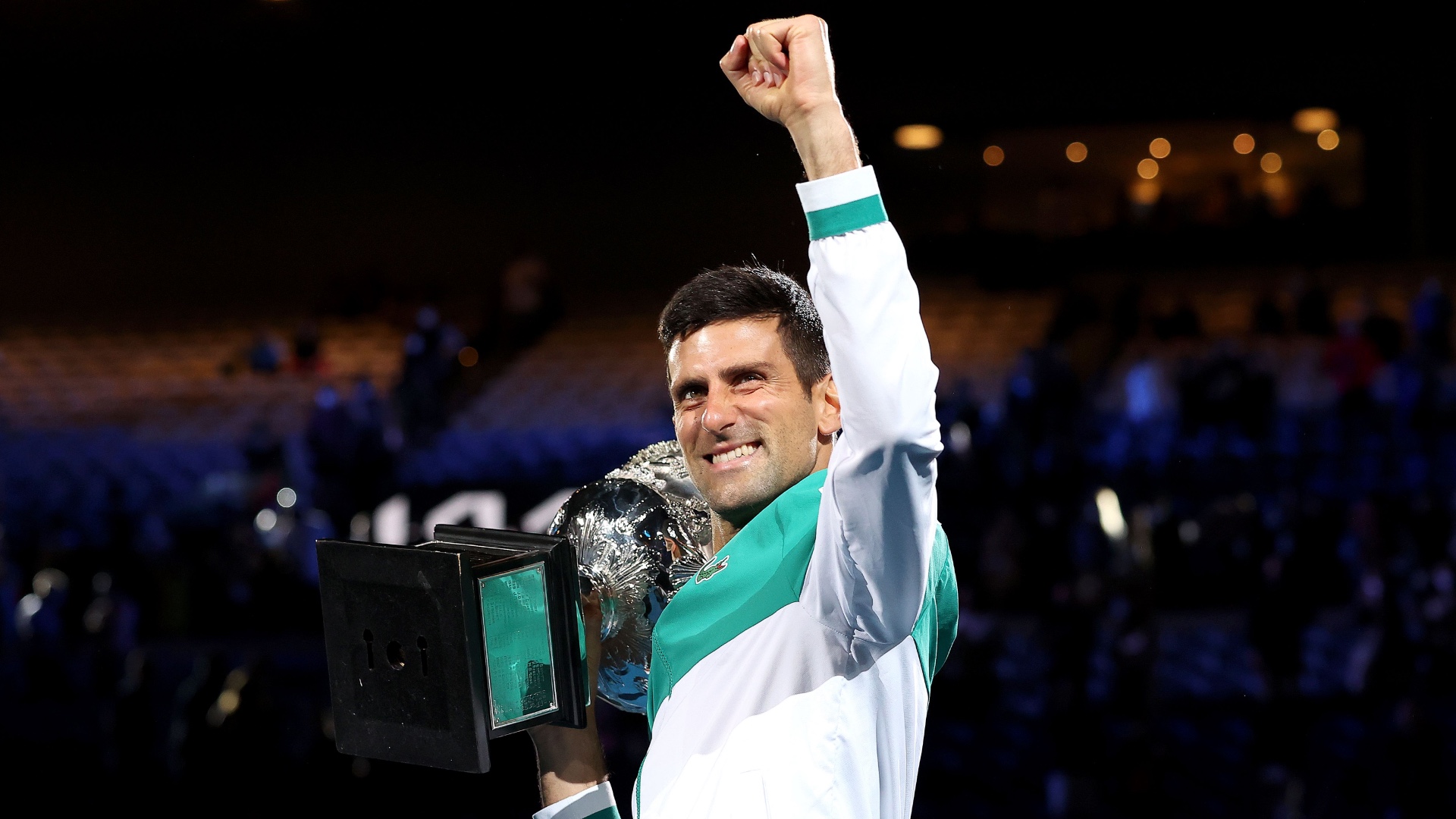 World No.1 male tennis player Novak Djokovic continues to make the headlines when it comes to his status as a player for the 2022 Australian Open, a Grand Slam tournament he has won nine times.

Djokovic has openly expressed his thoughts against the COVID-19 vaccination, and although he has not confirmed his unvaccinated status, it is assumed that he remains unvaccinated. Djokovic has been given a medical exemption to travel to Australia, which currently has strict guidelines against the virus. The Australian Open also had rules in place that players had to be vaccinated in order to compete.

After Djokovic arrived in Australia, he was denied access to the country. He appealed his visa status, and he won the appeal. He has been cleared to enter the country and train for the upcoming Grand Slam tournament, which kicks off on Monday, January 17.

However, Australian Immigration Minister Alex Hawke is still reviewing Djokovic’s visa status before he can officially play. The announcement of the Australian Open draw was delayed by 75 minutes, and people thought that meant Djokovic’s name would not be on the list. But, to the surprise of many people, Djokovic takes first place in the men’s singles table.

World No.1 Novak Djokovic’s name is currently on the Australian Open draw, but can he stay?

Does Novak Djokovic play at the 2022 Australian Open?

Djokovic’s player status is still undetermined as his visa acceptance is under review. However, until then he is the No.1 seed for the 2022 Australian Open. He faces fellow Serbian Miomir Kecmanovic in the first round of the tournament, which begins on Monday.

It’s unclear when Immigration Minister Hawke will make a decision on Djokovic’s visa status. Djokovic’s visa was reinstated on Monday, so it will be a full week at the start of the game. Hawke has not spoken publicly of any update to his decision.

What if Djokovic has to withdraw from the Australian Open?

If Djokovic’s decision on visa status is unfavorable to the player, he will be kicked out of Australia and will have to drop out of the tournament.

Depending on when the decision is made, will determine who will replace Djokovic in the tournament if he has to step down. The qualifying tournament before the Australian Open ends on Friday, January 14, and then the full order of play will be released closer to Monday. If Djokovic withdraws before the order of play is published, then No.5 Andrey Rublev will take Djokovic’s place, according to the rules of the Grand Slam 2022.

If Monday’s schedule is released before Djokovic’s retirement, then a “lucky loser” will replace him. These lucky losers are players who lose in qualifying rounds, but are lucky enough to enter the tournament when other players have to drop out.

And, finally, if Djokovic is already starting to play in the tournament before the decision is made on his visa status, then his next competitor will simply move on to the next round.